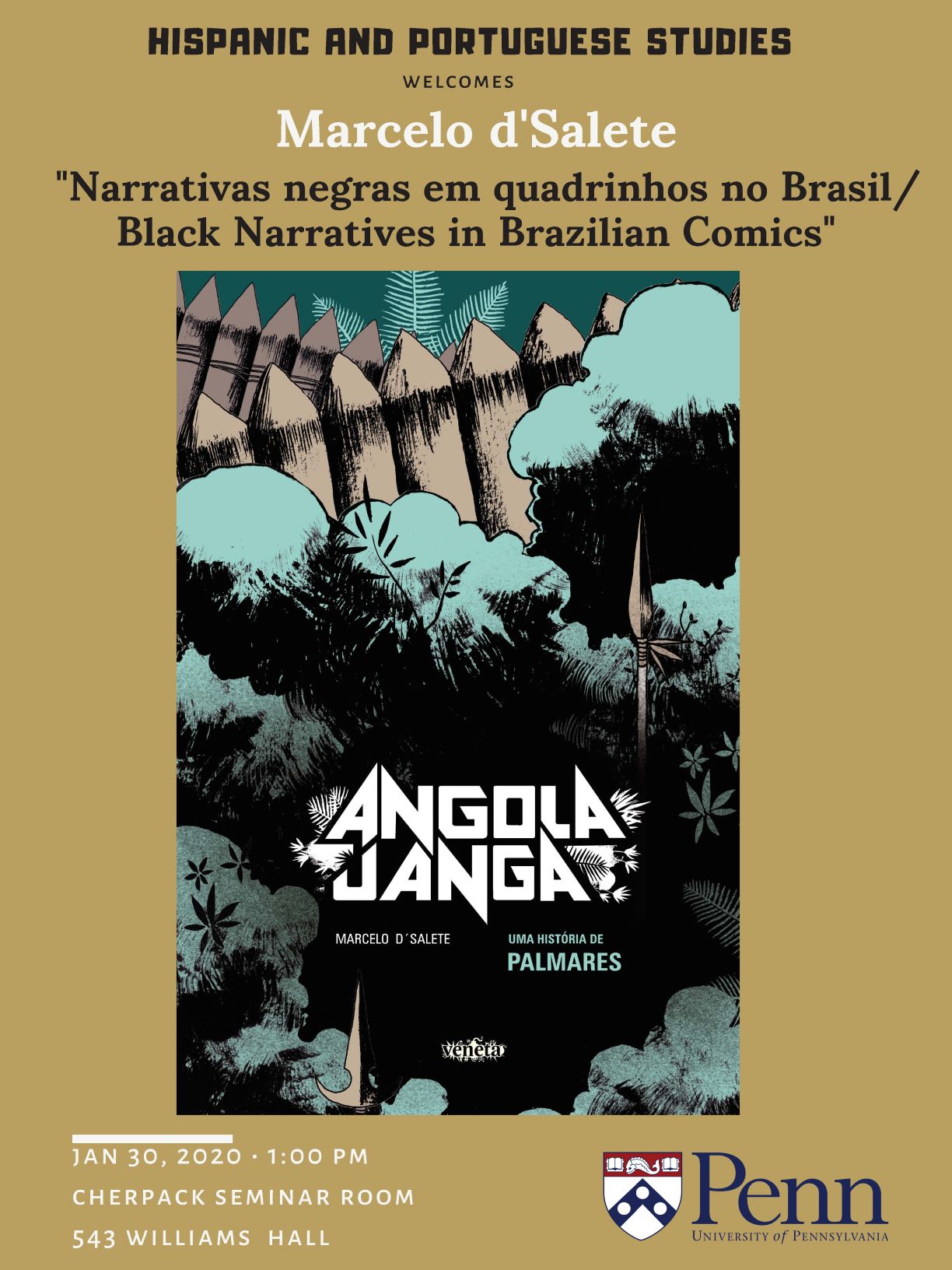 Marcelo D’Salete will speak about his acclaimed graphic novels, Cumbe (Run For It) and Angola Janga: Uma História de Palmares (Angola Janga: Kingdom of Runaway Slaves), which explore the history of slavery and struggles for freedom in Brazil. Angola Janga, D’Salete’s most recent work, tells the story of Palmares, a formidable community of fugitive slaves in colonial Brazil. In addition to offering a rich account of this often-forgotten moment in seventeenth-century history, the talk will address this event’s symbolic importance for thinking through questions of race, class, and autonomy in Brazil. It will delve into, among other topics, the role of music, language, memory, and forgetting in Afro-Brazilian cultures and the tradition of visual representations of blackness in which D’Salete’s work intervenes.