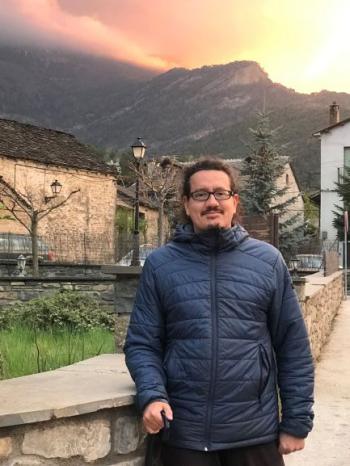 My research interests include philosophy, literature, film, and cultural history. I specialize in modern and contemporary Iberian studies.

My work analyzes the relationship between the tradition of Western metaphysics and capitalism as a way of life. I study capitalism as an extension of the Western promise of transcendence, and of its parallel disavowal of finite, vulnerable, interdependent life.

One aspect of my work is a focus on the cultural transformations brought out by capitalism in Spain. I have studied representations of rural and peasant cultures in the context of the homogenization caused by so-called “economic modernization” during the Franco dictatorship and the transition to democracy.

I have also worked on the crisis of neoliberal capitalism in 2008, concentrating on an often-overlooked aspect of it: the breakdown of trust in technocratic and intellectual elites that it provoked. In my book, Cultures of Anyone. Studies in Cultural Democratization in the Spanish Neoliberal Crisis (Spanish version here), I built a philosophical and historical genealogy of the cultural authority of these technocratic and intellectual elites, and I also studied the emergence of collaborative and non-hierarchical practices in grassroots collectives during the crisis. I called these practices “cultures of anyone” because in them it is understood that culture, that constant collective discussion in which it is decided what constitutes “a decent life”, is something that anyone should be able to participate in.

My current book project is tentatively titled Form of Life. Artistic and Literary Explorations of a Non-Capitalist Existence. It studies the crucial role of aesthetics in displacing neoliberal subjectivities. I investigate three contemporary literary and artistic lines of flight: an animist line, which displaces the contemporary crisis of experience by questioning the Western dualism between subject and object; a feminist line, which understands the creation of imaginaries as one of the everyday necessary material activities that sustain life; and an equalitarian line, which confronts the privatization of artistic creation and tries to uncover the abundant capabilities that we suppress in ourselves when we enter into the logic of individualist cultural authority.

I also write fiction and non-academic articles for various publications. Some of this work can be found on this blog.